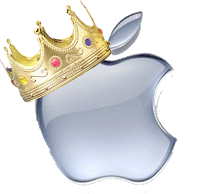 When a team of senior US based Apple designers attend a conference in Europe later this year they will be following the Apple travel code. This means that no more than two of them may travel on the same aircraft and they will all stay in different hotels. Travel arrangements like this were once the stuff of royalty, but given the recent court decision in favour of Apple over Samsung, Apple designers are clearly the new royalty – at least in Cupertino.

The court decision also illustrated that patent law is not just about technology or what’s inside a product anymore. Three of the six patents that a jury found Samsung had violated were not about how the iPhone works but covered the way it looks.

These days virtually any technology or service advantage can be copied, cloned or re-invented in double quick time. Therefore, brand advantage has to include the design component – the way the product, technology or service is delivered. Brands need be clear about the way this facet of the brand is articulated and mobilised so that it is built in and delivered in every product and at every contact point.

This article was originally posted on the CRICKET blog: 29 August 2012