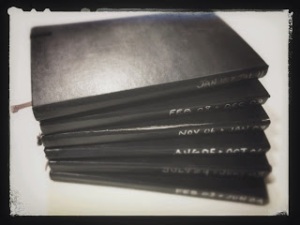 I was a big users of Moleskine notebooks. They were easy to fit into a pocket or computer bag and helped organise thinking by having all essential notes in one place. Paying £15 for an oiled cloth notebook seemed a bit steep but given that each one lasted well over a year that was only £1 a month – bargain! But then the iPad became part of the way we worked and it wasn’t long before people were using apps like Bamboo Paper and Noteshelf to take notes, project ideas on the fly onto VDUs and e-mail draft charts back to the office for turning into readable PowerPoint. It seemed that Moleskine might go the way of the Filofax.

So it was with a mix of surprise and shock that I saw that Moleskine is planning a high-priced IPO that could value the brand at up to €560 million ($722 million). According to commentator Zac Steward, Moleskine’s bankers are using a unique positioning and the high margins on paper products to justify a valuation between 22 and 29.1 times the company’s earnings last year. That’s higher than many established luxury brands like Prada, Burberry and luxury goods conglomerate Richemont.

Maybe they aren’t living totally in La La Land. The most exquisite £200 Prada shirt often ships out of a factory somewhere in the East for c£10 a piece and that results in Prada having an operating margin around 26%. Moleskine’s operating margin was apparently over 40% last year which must mean that the average £12 notebook has an ex-factory of around 50 cents.

Steward questions whether Moleskine is primarily a stationery company selling paper products or, as their bankers suggest, the very opposite as this chart from the IPO prospectus shows… 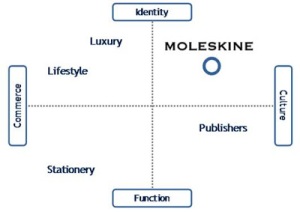 They argue that Moleskine lives in a mind space that is beyond pure luxury. It’s not a dreary old lifestyle brand… it lives in that hallowed ground of a ‘luxury cultural lifestyle’ brand. It’s the notebook that Mariella Frostrup in a sexy dress at a party with Alain de Botton would have in her Prada handbag. It’s the notebook that Benedict Cumberbatch/Sherlock Holmes pulls out of his Oswald Boateng overcoat when even his ‘brain the size of a planet’ needs to jot something down. It has the provenance of Van Gogh and Picasso, Hemingway and Chatwin. 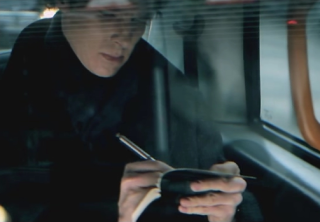 It’s a nice idea. Perhaps turning up to a client or business meeting with a Moleskine rather than a iPad or a souped up school exercise book says that extra something about your analog life. But is it really either / or? Cool and hi tech, cool and low tech – there’s space for both.

This article was originally posted on the CRICKET blog: 22 March  2013